Having followed the evolving drama of the new settlers at Shapwick Heath NNR in Somerset, it was great to watch a second couple of egrets nest building some 400m away from the site of the first nest.  I had plenty of time to do this because it seemed that I was  about the only egret-watcher on the patch never to have photographed the first set of chicks.  Fortunately my luck changed and I got a few distant snapshots that I was happy enough with given the conditions. 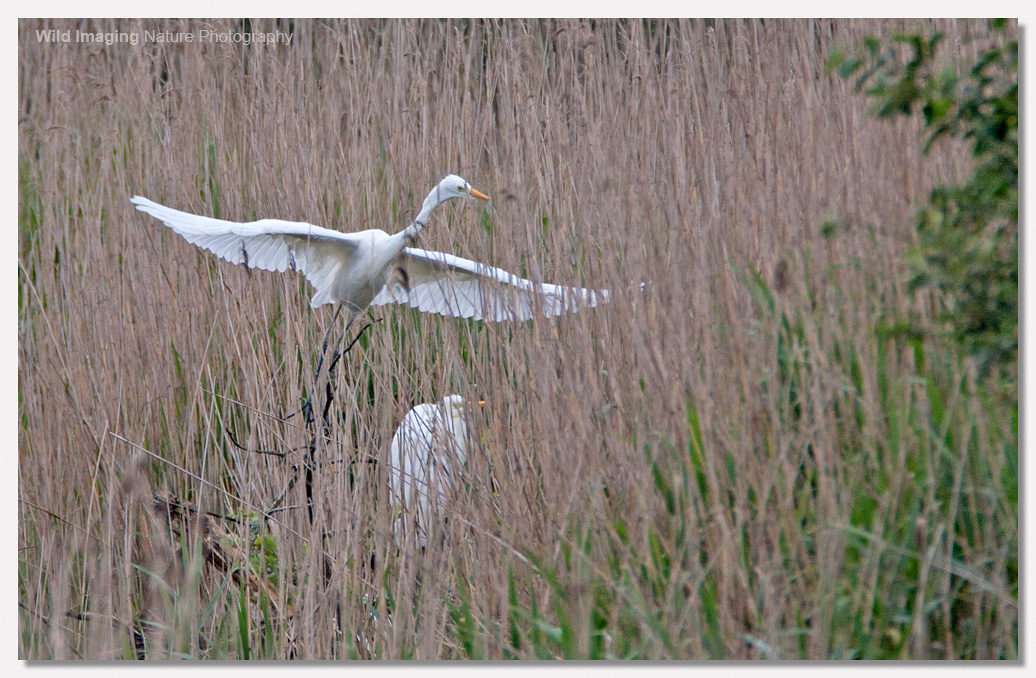 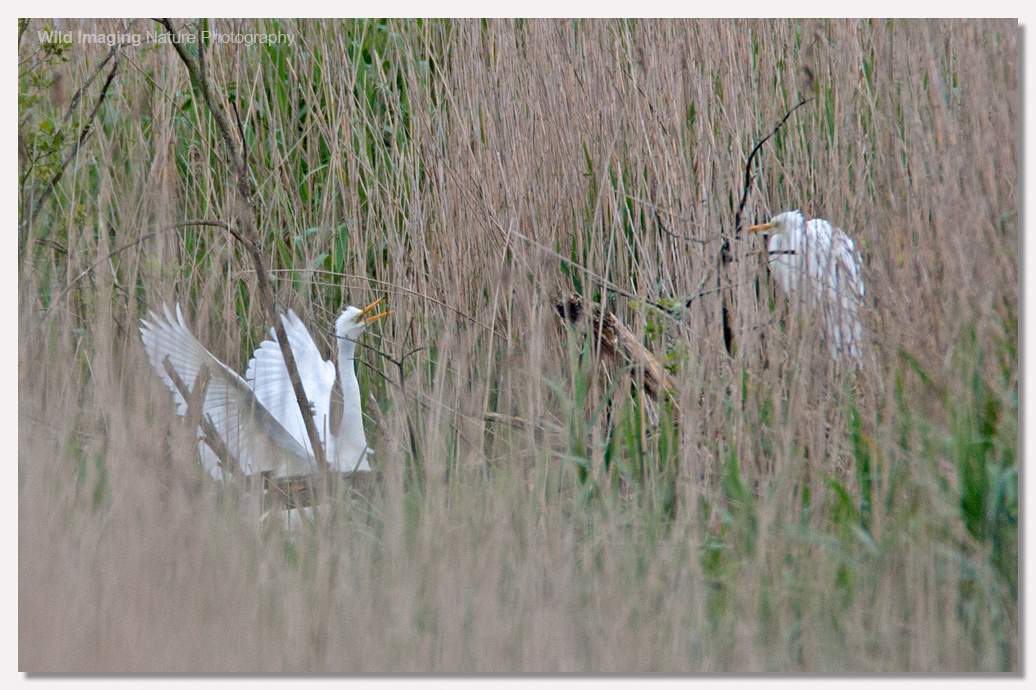 I had had the impression that the bill length of these juveniles was shorter relative to their size than the bills of the adults.  Looking closely at the above pictures, you can see that the tip of the upper part of the bill is black and at this distance, it gives the impression of being shorter because of this.

So, what of the newer nest?  This is more visible than the first nest which was obscured by a small tree.  This has allowed some observation at a much earlier stage.  As followers of 'The One Show' will know, at least one chick has emerged and the debate now is how many chicks will there will be in this nest.  I took some video footage a few days ago while the adult was preening.  If you look closely around the feet of the adult, you will see movement.  In my opinion these pictures show two chicks but see what you think.  Some stills taken later give a hint of a possible third chick.  Let's hope that they do as well as the first brood.