Which Great White Egret is Which at Shapwick Heath??

OK, I confess I'm confused.  Despite spending many hours watching the egrets on Noah's Lake, I confess that I don't know how many there are and I'm now developing uncertainty about the only one that I was sure about, the ringed female.  Have a look at the poor quality pictures below.  The first is a shot taken on 2/6/2012 showing the ringed female with her yellowish beak with a black tip and rings on both legs, orange over green on the left and orange over metal on the right.  This doesn't all show in this one pic but I have lots of others that fill in the gaps and there is prior knowledge of the rings from earlier communications. 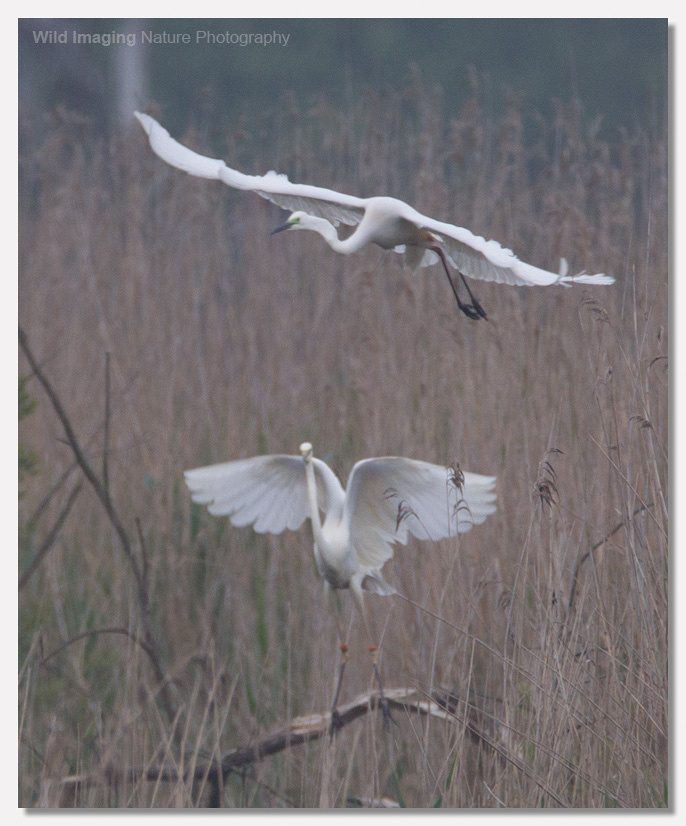 Now look at this shot taken on 5/6/2012, just 3 days later.  The legs are red, the lores bright green and the bill completely black.  The strange thing is that the legs are also ringed and to me they look like the same rings as the bird of 2/6/2012. 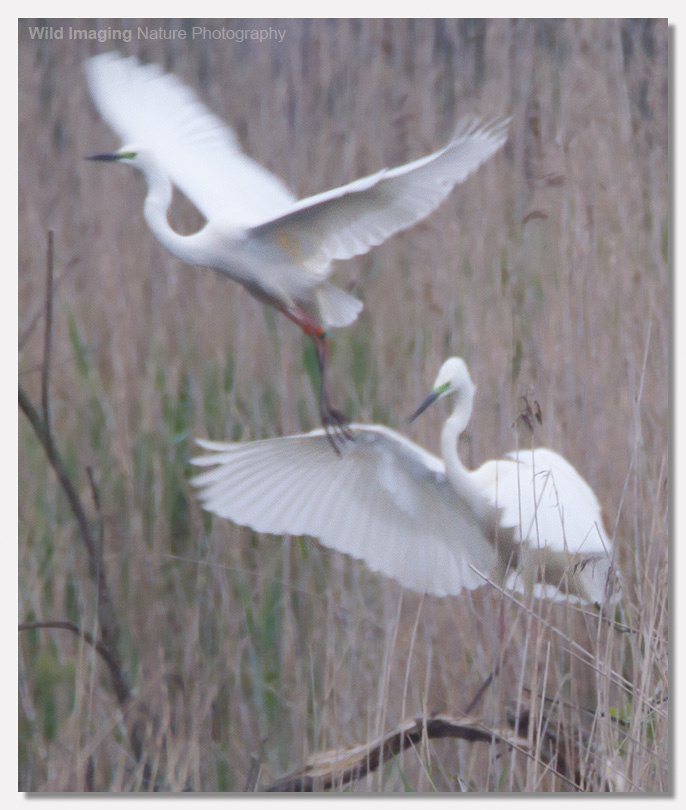 Possible explanations seem to be:

1.  It's just another ringed bird with the same ring configuration that I hadn't noticed before.

Please let me know below if you have any ideas!

Here's an odd view of an unringed bird - it seems that the body is just a 5 way junction. 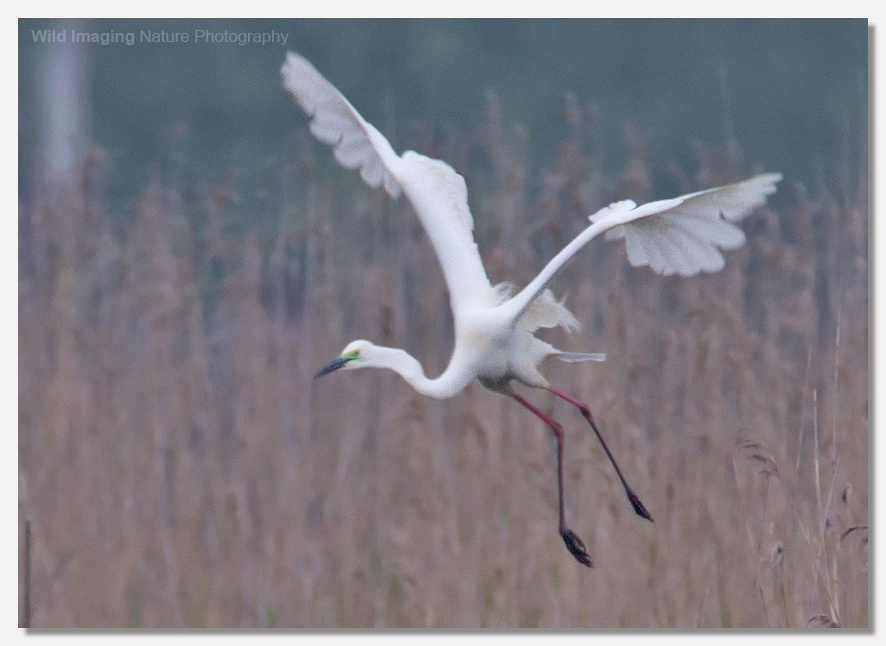 As a bit of light relief, there has been a very busy great-spotted woodie flitting around the area, often passing between the observation point and the GWE site.  Martin Sage pointed out that it was possibly feeding on prey items associated with the reeds in which it was perching on these forays.  I thought I had taken some pictures of it capturing a grub and then flying towards me at high speed but it turns out the the 'grub' that I had seen on the camera back image was simply an odd view of the pecker's 'moustache'.  A case of wishful thinking it seems. 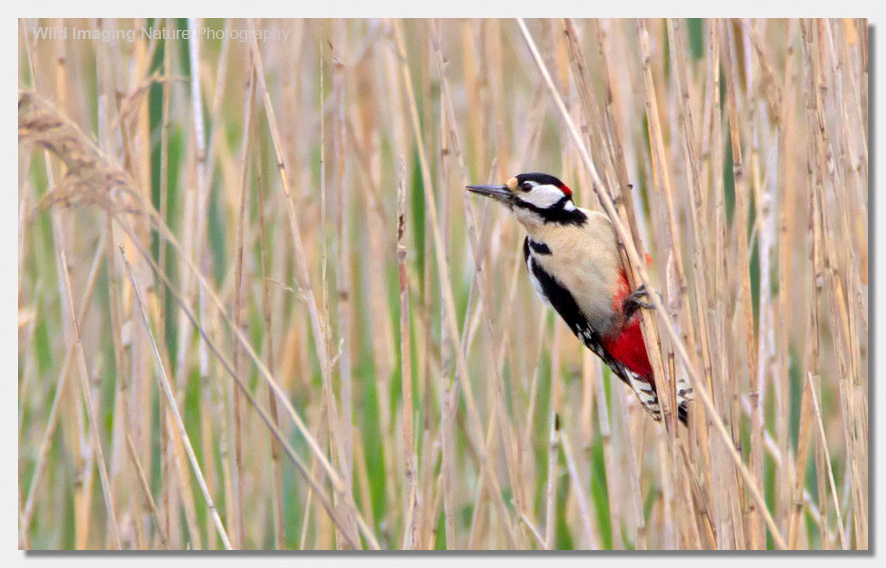 On a more positive note, I did get my first couple of pictures of a GWE chick but they were eve worse than the images of the adults and will remain on my computer... ;-)

WildImaging
The sharp-eyed Alan Ashman has spotted that the two egrets have different coloured green rings on. Our 'first' egret has orange above 'pistachio-green' on the left and orange above metal on the right. The 'second' egret has dark green replacing the pistachio. It will be interesting to see whether other observers can confirm this either through scopes or on photographs.
No comments posted.
Loading...
Subscribe
RSS
Recent Posts
Mr Badger Works for his Dinner How Many Badgers use my Garden Path? A Badger in my Semi-Urban Garden China Trip 2013 - Xi'an and the Terracotta Warriors Woodchat Shrike at Chew Valley Lake 2013 Arctic Terns at Apex Lake, Burnham-on-Sea Beijing and the Great Wall of China Birds Photographed on China Holiday 2013 With Canon SX50 HS White Fronted Goose at Sharpham on the Somerset Levels Twite at Aust Warth
Keywords
Somerset Badger Bushnell Trailcam Bushnell trailcam Shapwick Heath NNR RSPB Lodmoor great white egret Peanuts Bridgwater
Archive
January February March April May June July August September October November December
© WildImaging - All Rights Reserved
Powered by ZENFOLIO User Agreement
Cancel
Continue